Municipalities across Canada use sodium chloride (NaCl) based road salt, primarily “Rock Salt” or Halite, as an economical means of de-icing road surfaces. At the same time, sodium (Na+) and chloride (Cl-), as well as electrical conductivity, sodium adsorption ratio (SAR), salinity and sodicity (which can be significantly influenced by Na+ and Cl- concentrations), are monitored and regulated in many jurisdictions as parameters of environmental concern.

Because of their stability and conservative movement in aquifers bromide (Br-), chloride (Cl-) and iodide (I-) have proven to be valuable as tracers for groundwater movement. More recently, evaluation of the concentration ratios for these ions, particularly chloride and bromide (Cl-/Br-), has also been used to study potable groundwater systems, and to establish the origin and evolution of surface and subsurface salt waters and brines.

While this proves to be an effective method for preventing ice formation, it does suffer from an inherent limitation.  At temperatures below -18⁰ C, the capacity for NaCl salt to de-ice is diminished.

Figure 1: How road salt interrupts the water from freezing

Granular sodium chloride was first used to de-ice roads on an experimental basis in 1938. Since then, the use of sodium chloride, as well as other de-icing agents, has become widespread.

Annually, approximately 5,000,000 tonnes of rock salt is used across Canada on roadways alone. On average, the cities of Toronto and Calgary use approximately 140,000 and 35,000 tonnes, respectively.

Typically, NaCl enters the environment through runoff resulting from snowmelt and from wastewater plants as these are normally not equipped to remove NaCl during treatment. Other potential pathways are illustrated in Figure 2. 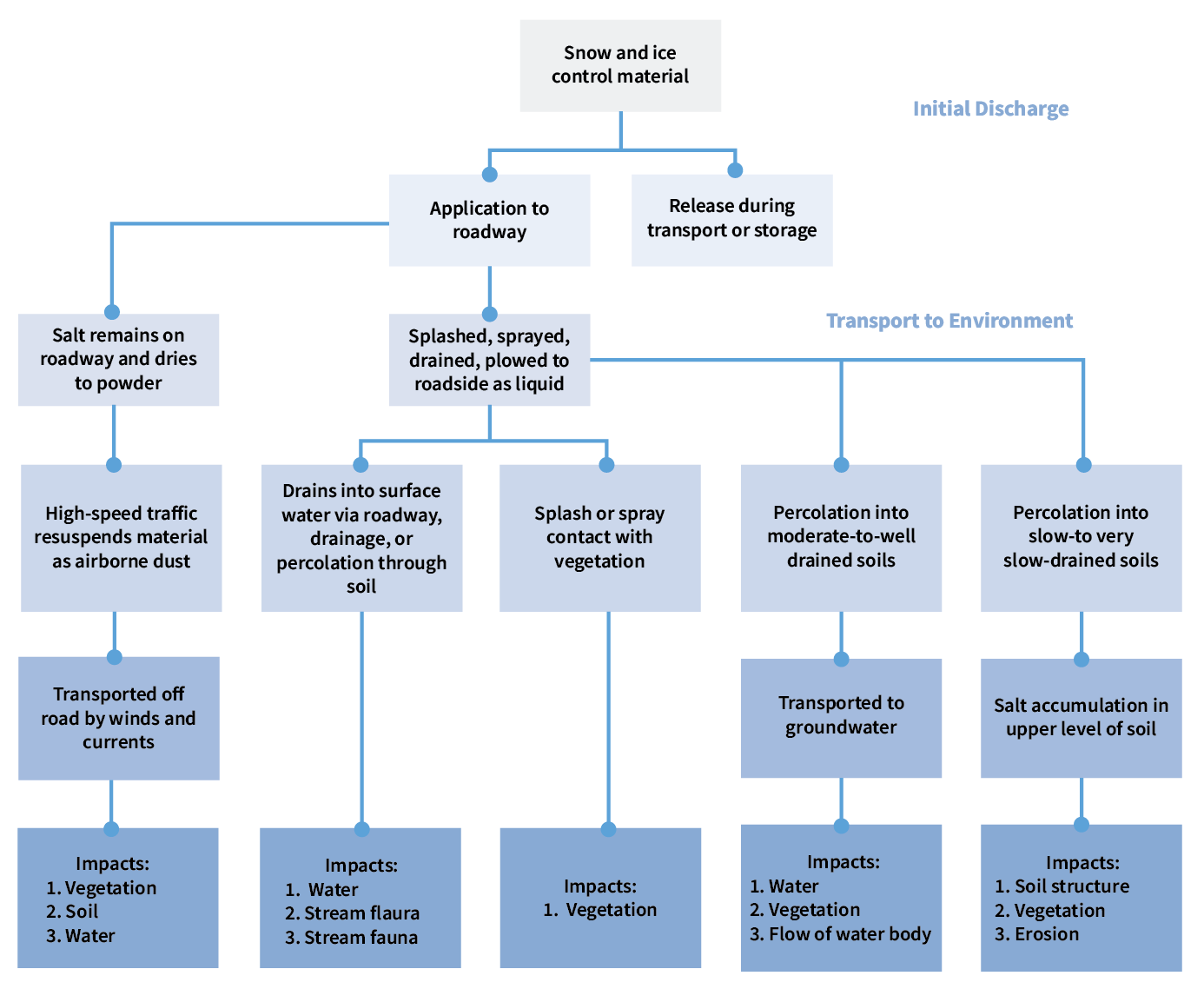 While not regulated as the salt (NaCl), the individual ions are regulated in most jurisdictions as shown in Table 1 below. NaCl is also monitored through proxy measurements such as: salinity (as measured by electrical conductivity (EC)) and sodicity; and based on sodium adsorption ratio [2] (SAR) measurements.

Forensic Applications of Chloride (Cl-), Bromide (Br-) and Iodide (I-) in Road Salt

Table 2: Analytical methods and typical reporting limits for Cl-, Br- and I-

A preliminary, in-house survey of different commercially available salt products shows differences in the relative amounts (measured by ICP/MS) of Cl-, Br- and I-, depending on the source of the salt (see Table 3).

It has also been demonstrated [3] that the ratios of these ions can be used to distinguish pristine groundwater from wastewater sources and other anthropogenic sources including road salt. 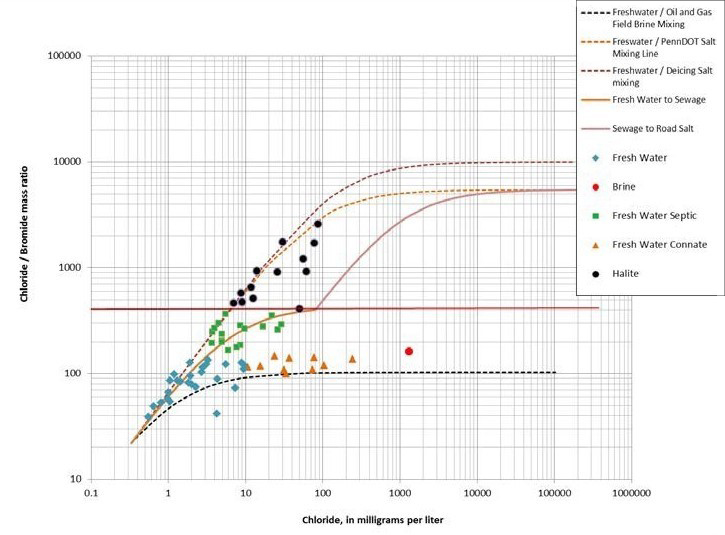 Bureau Veritas has also demonstrated, through the analysis of “real world” samples, the ability to differentiate different sources of salt impacts in groundwater.

[2] Sodium Absorption Ratio (SAR) measures the proportion of sodium to calcium and magnesium in soil solution: