Do you know the right answer to this question: “What’s the makeup torque for an NC50 connection?”  Here it is:

“I don’t know. I’d need to know the box OD, the pin ID, and the material to be able to take a swing at it.”

“Good. Now, how much torque do you want to apply?”

Lemme ’splain. If we don’t make up our connections to the correct torque value, we expose ourselves to failure risk. That gets our attention; choosing the wrong makeup torque could have, ahem, negative career implications.

But what are those failure risks? Let’s look at a couple of extreme possibilities. Imagine first that I spin my connection up, I bump the shoulders, and … that’s it. I apply precisely zero foot-pounds of makeup torque. (That’s zero Newton-meters for the metrically-inclined.) To be clear, the connection is fully engaged and all the threads are in the right place, we just haven’t applied any stress to the thing. Can I send it downhole like that? 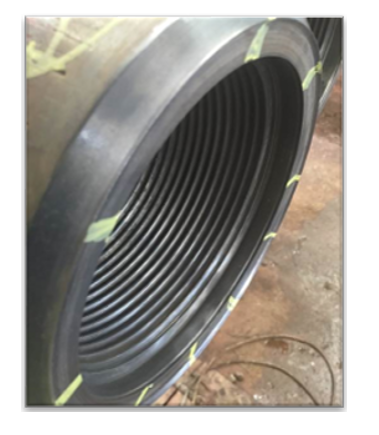 Also, if we’ve applied exactly zero makeup torque when we send it downhole, what happens when we start turning to the right? The string torque will obviously torque up the connection. The problem here is risk—sometimes we torque up connections downhole and it works out fine. But the fact that there’s additional loads applied while the connection is turning (tension, bending, pressure, maybe some other stuff), and that we don’t really have control over the speed or amount of makeup, means that downhole torque is much more likely to lead to thread damages like galling. Thus, we generally consider overtorqueing the connections downhole to be a design failure. Which means that, with zero torque applied to our connections, we have a drill stem torque capacity of … zero.

Ok, so zero Newton-meters of torque is a bad idea; you probably guessed that. What about the other end of the spectrum? Where we apply enough torque to take the connection right to the edge of its capacity? 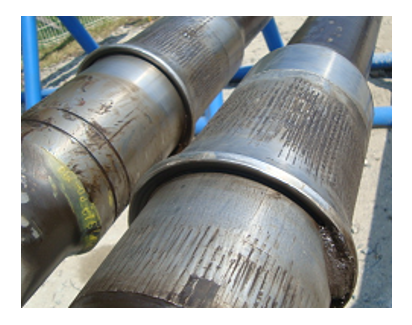 That wouldn’t be a good idea, either. If you’ve almost yielded the material by just making the thing up, then any additional load will push it over the edge. Maybe even just picking it up out of the slips.

Of course not. There’s a range of torques that will manage to avoid the ditch on both sides of the road, successfully not failing. And this, my poor, beleaguered reader, is the point of this whole article: there’s no such thing as an Optimum Torque.

“But wait!” You say. “API, that rich and hallowed institution of industry knowledge, publishes makeup torque values that we’re supposed to use!” Indeed; let’s look at how they get those numbers: 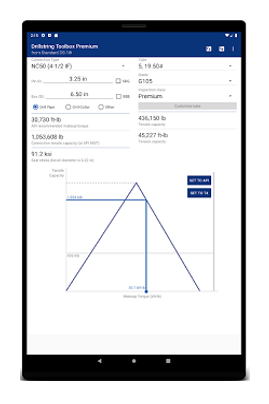 You know good and well that none of these are based on some sort of optimization. They’re nice, round, arbitrary numbers that work much of the time. API recommended makeup torques are just that—recommended.

Don’t hear what I’m not saying, though: I’m a big fan of API’s recommended makeup torques. We put them in DS-1 Volume 2 for handy reference; we even have apps that will give them to you for your particular situation. It is extremely helpful to have a standard that we all generally use to avoid confusion, and API’s particular standard really does work a majority of the time. When I used the word “arbitrary” above, please don’t think that’s a synonym for “bad.” It’s just that our industry wanted to pick something, and we did.

“Arbitrary” just means that we can change it. If we’re clever.